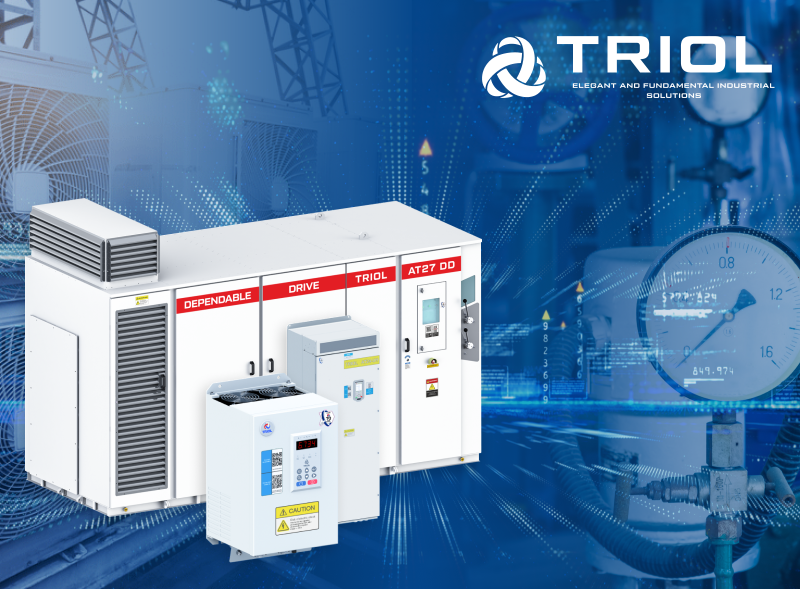 One of the most popular sectors for the application of  variable frequency drives is housing and communal services, in terms of water supply and wastewater disposal systems, as well as heating, ventilation, and air conditioning.

The main requirements of variable frequency drives in this segment are high energy efficiency, the ability to extend the life of equipment, and reliability.

The adaptability of the series of variable frequency drives meets the needs of any object, and a wide range of expansion units and communication protocols allows for integration into any industrial control system (ICS).

The optional filling of the AT24 series allows the equipment to operate under any conditions: weak networks, old motors, long line from the VFD to the motor, IEEE 519 compliance requirements.

The AT24 variable frequency drive UC line is a reliable and intelligent solution for operation in the conditions of prepared electrical rooms or electrical cabinets. 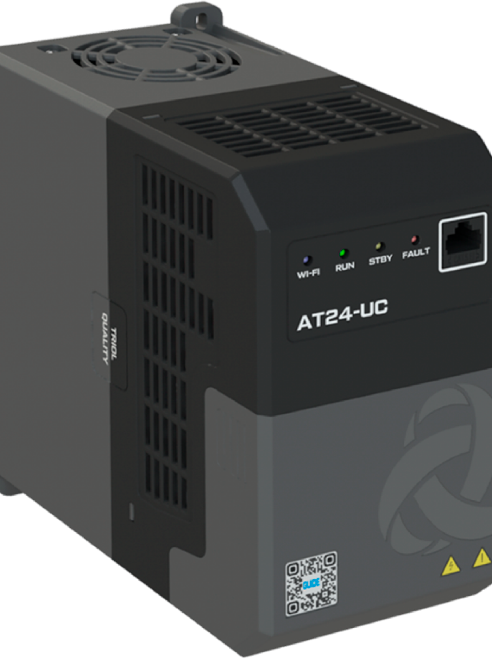 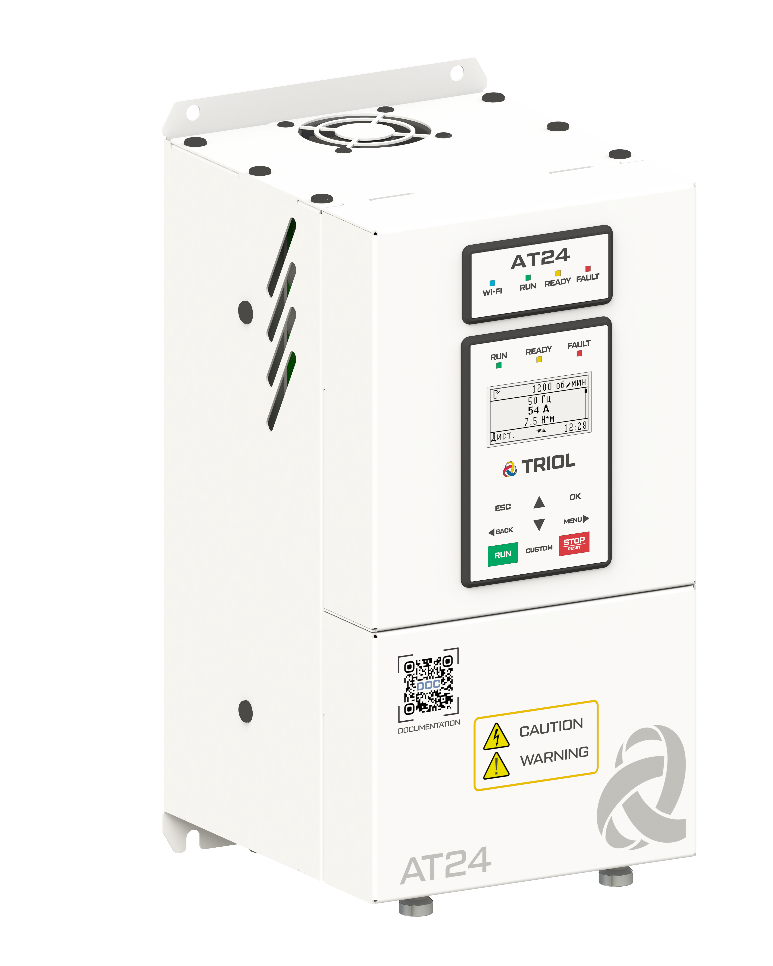 The AT24 variable frequency drive UH line is a reliable and versatile solution for operation in hard environments. 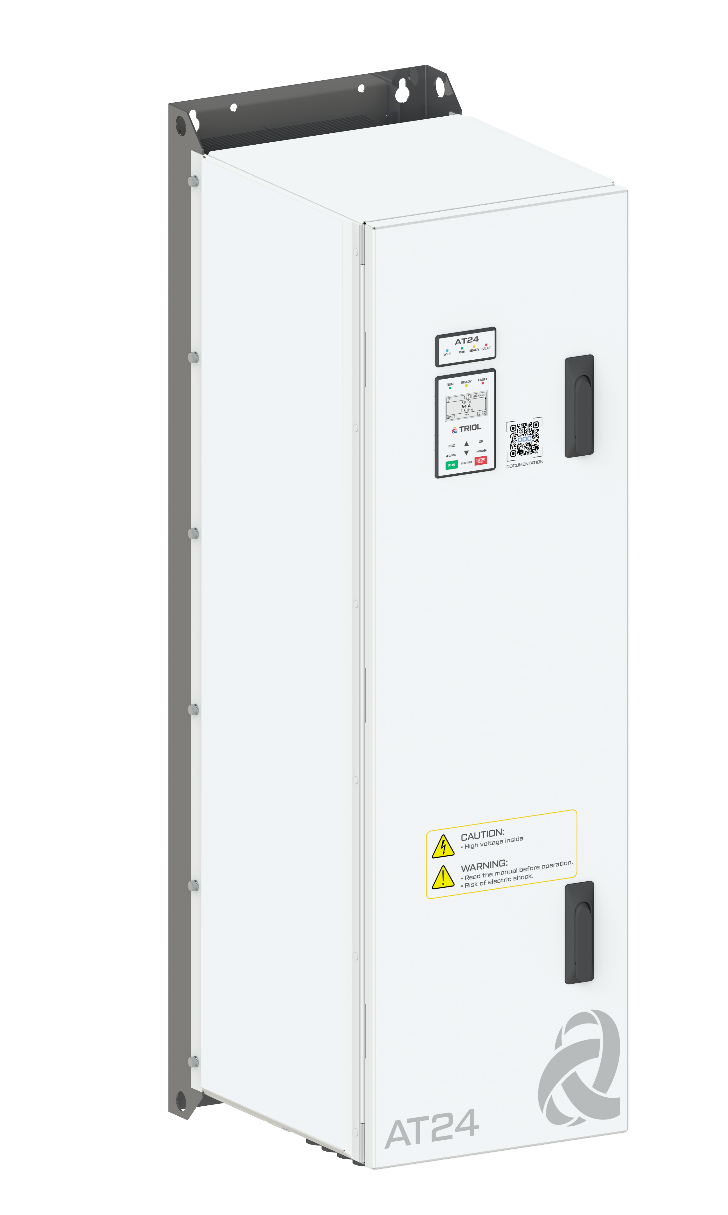 
The AT24 variable frequency drive UH line is a compact and powerful solution, created in a modular design, which is used to control powerful pumps, fans, compressors, and other electrical drives in specialist and general industrial applications.

2. Extension of the equipment lifetime. 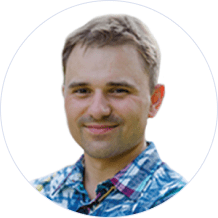 Reduction of energy costs is achieved due to the intelligent core of AT24 variable frequency drives and Triol author algorithms.

If the system is designed to provide 100 percent consumption only a few days a year, and the rest of the time the flow is less than 80 percent, the amount of energy saved is even more than 50 percent. 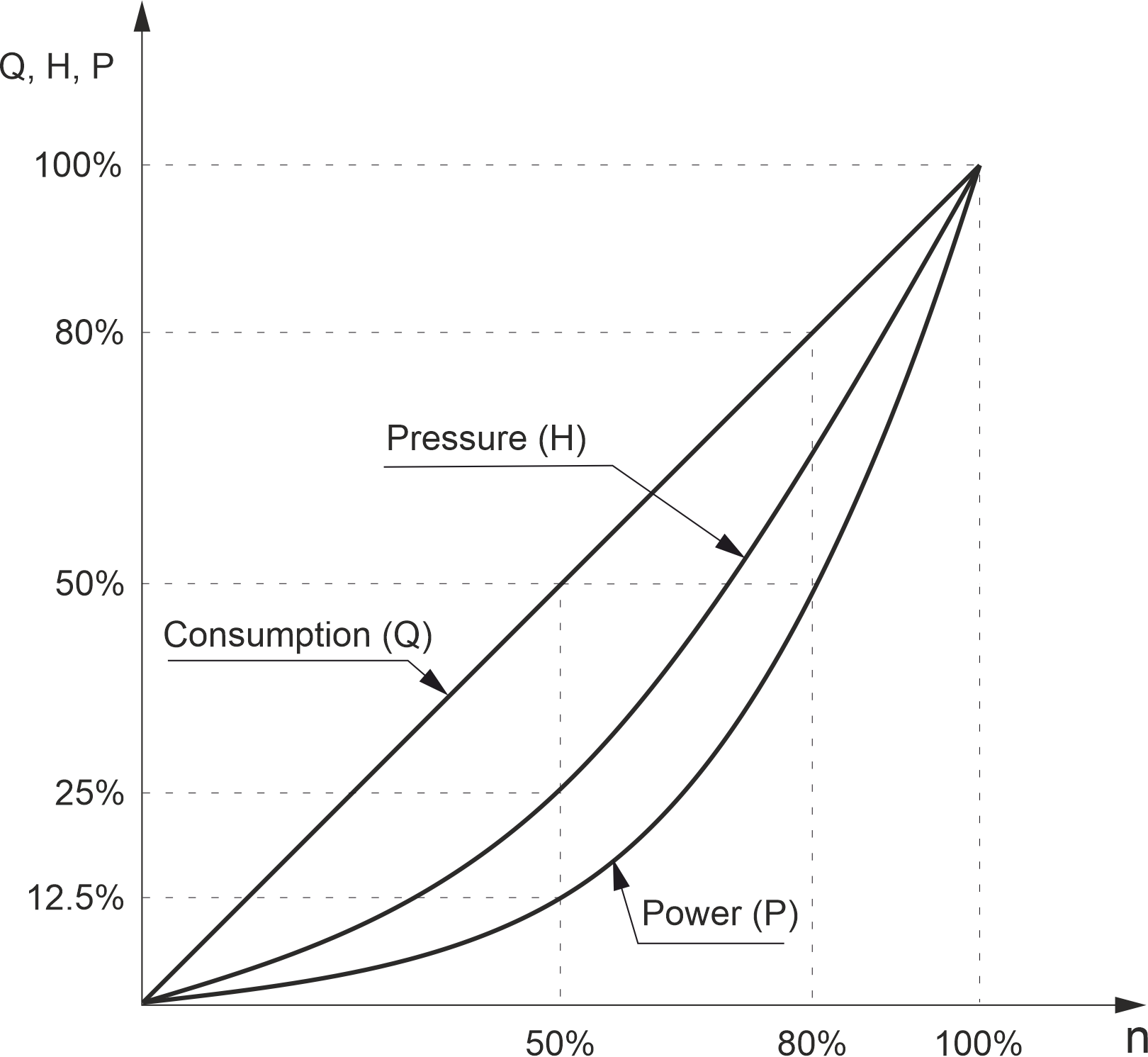 The auto-tuning PID system acts by entering step changes, operating at steady state, and then monitoring the magnitude of the feedback signal. The required proportional and integral coefficient values are calculated according to the feedback signal of the process sensor.

If the load conditions in the system allow stopping of the motor and the load is monitored, the motor can be stopped by activating the "Sleep" mode. When going to "Sleep", the frequency is reduced to 0 Hz and the PWM frequency is removed. In "Sleep" mode, the process parameter is monitored by the feedback sensor, allowing you to determine when the load is applied to the system again.

3. The calendar operation allows the system to be set up and used without operator intervention for long periods of time, reducing the cost of system management. 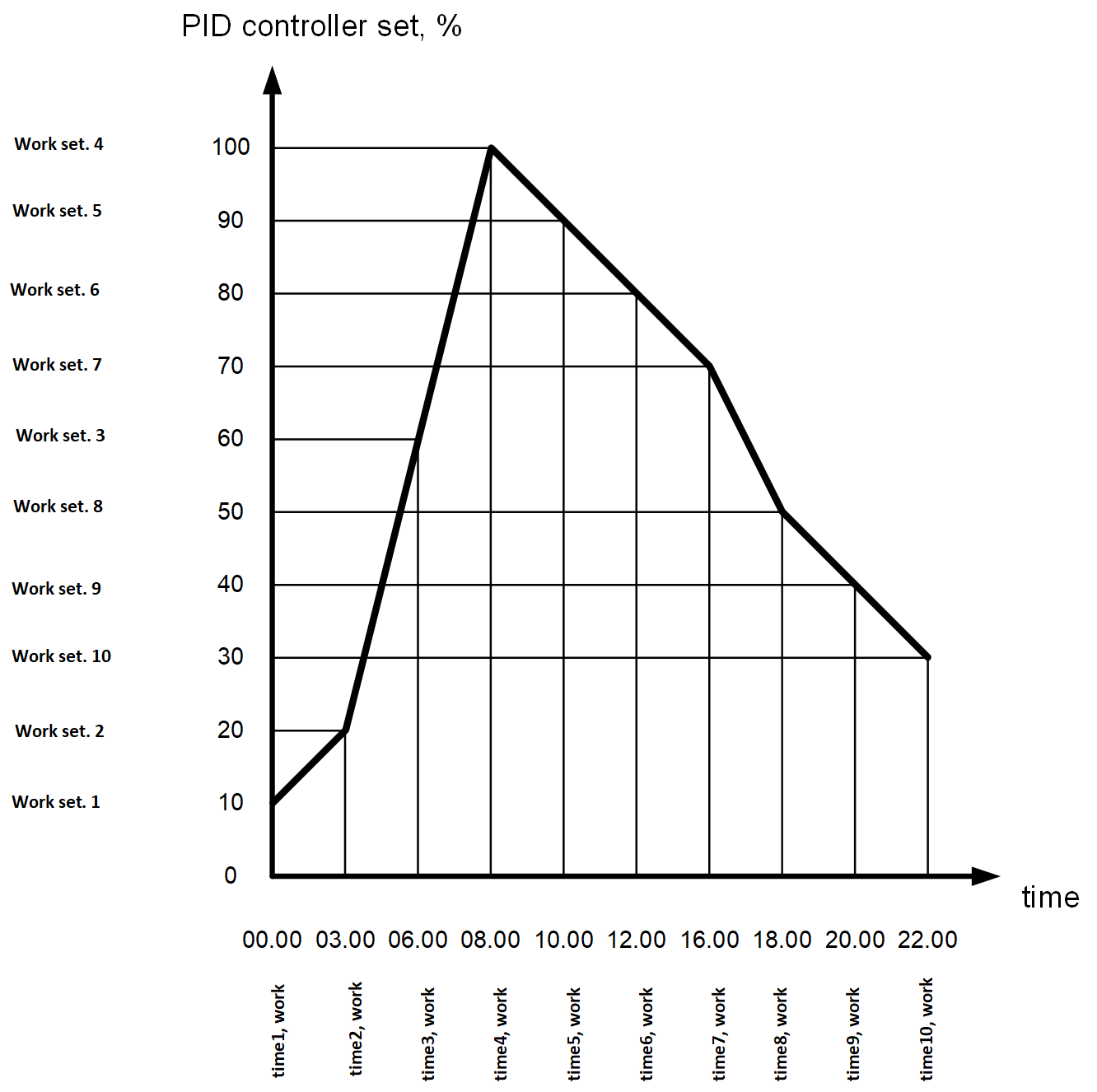 4. The electricity meter allows you to collect cost statistics and optimize technological processes.

The VFD counts the electricity consumed:

- in total since the moment of starting the frequency drive.

Eliminates pump overload, pipe bursts and water hammer in the system when the pump is turned on for the first or second time in the water supply system. 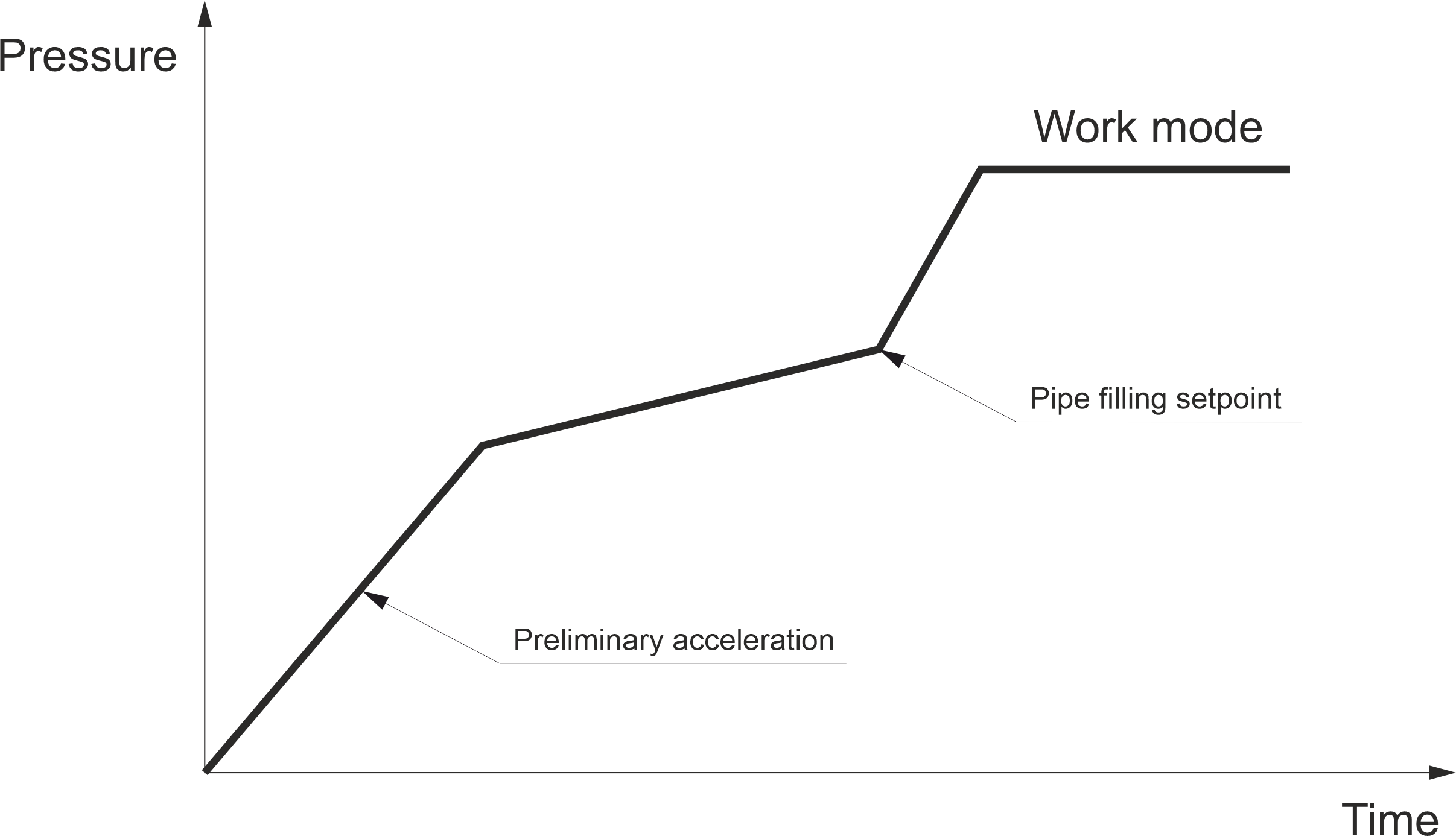 At a low pressure in the system, or its total absence, the VFD disconnects the pump motor, protecting the equipment from overheating and premature failure. 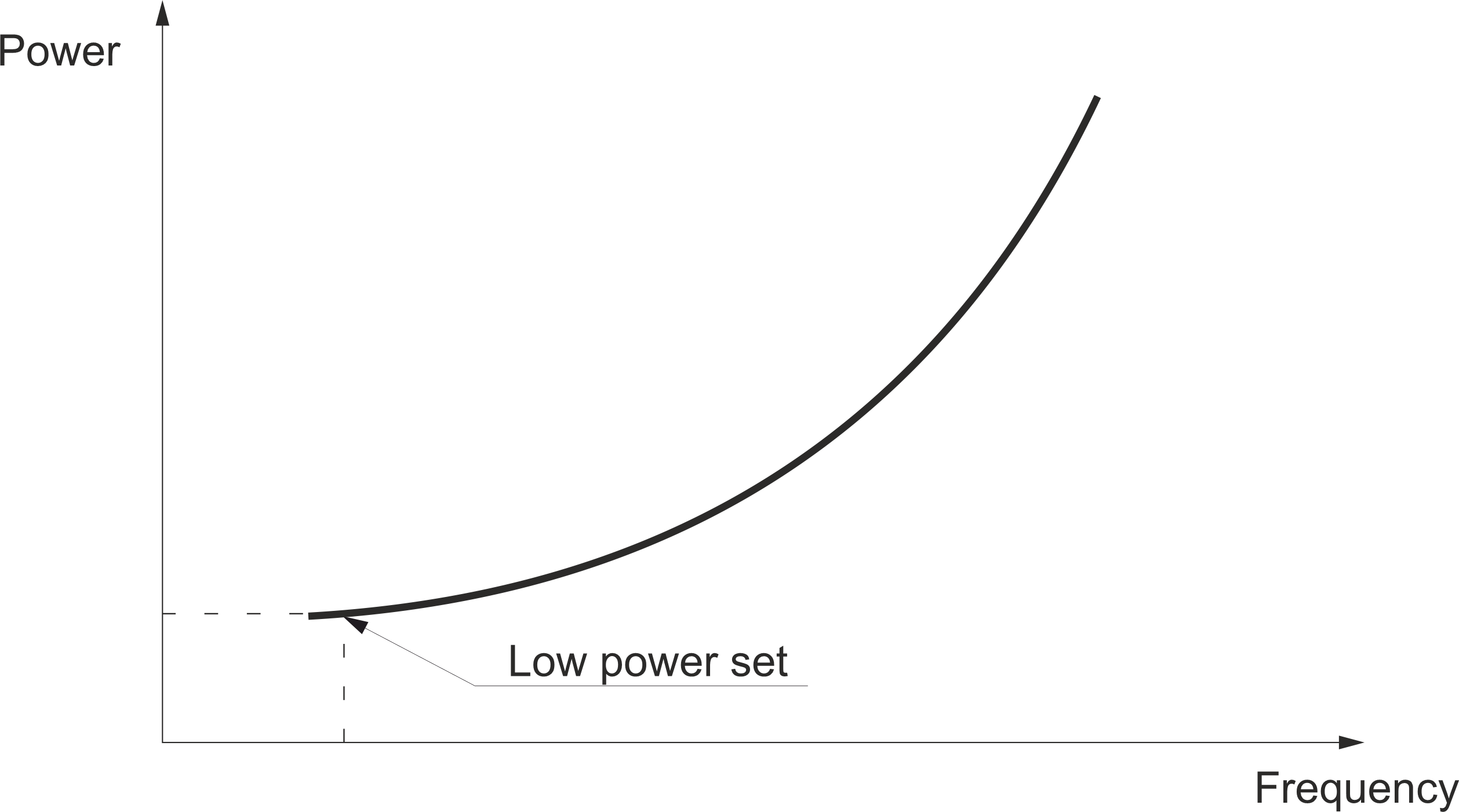 The VFD with AVTOVENTIL function provides maintenance of the preset pressure in the hydraulic system serviced by a 3-motor pump unit. Pressure maintenance is provided by operation of one of the motors in automatic mode from the VFD through regulation by an analog pressure sensor signal. If the current pressure in the hydraulic system is insufficient, the other two motors are activated in series.

The structural diagram of the VFD operation in the AVTOVENTIL mode. 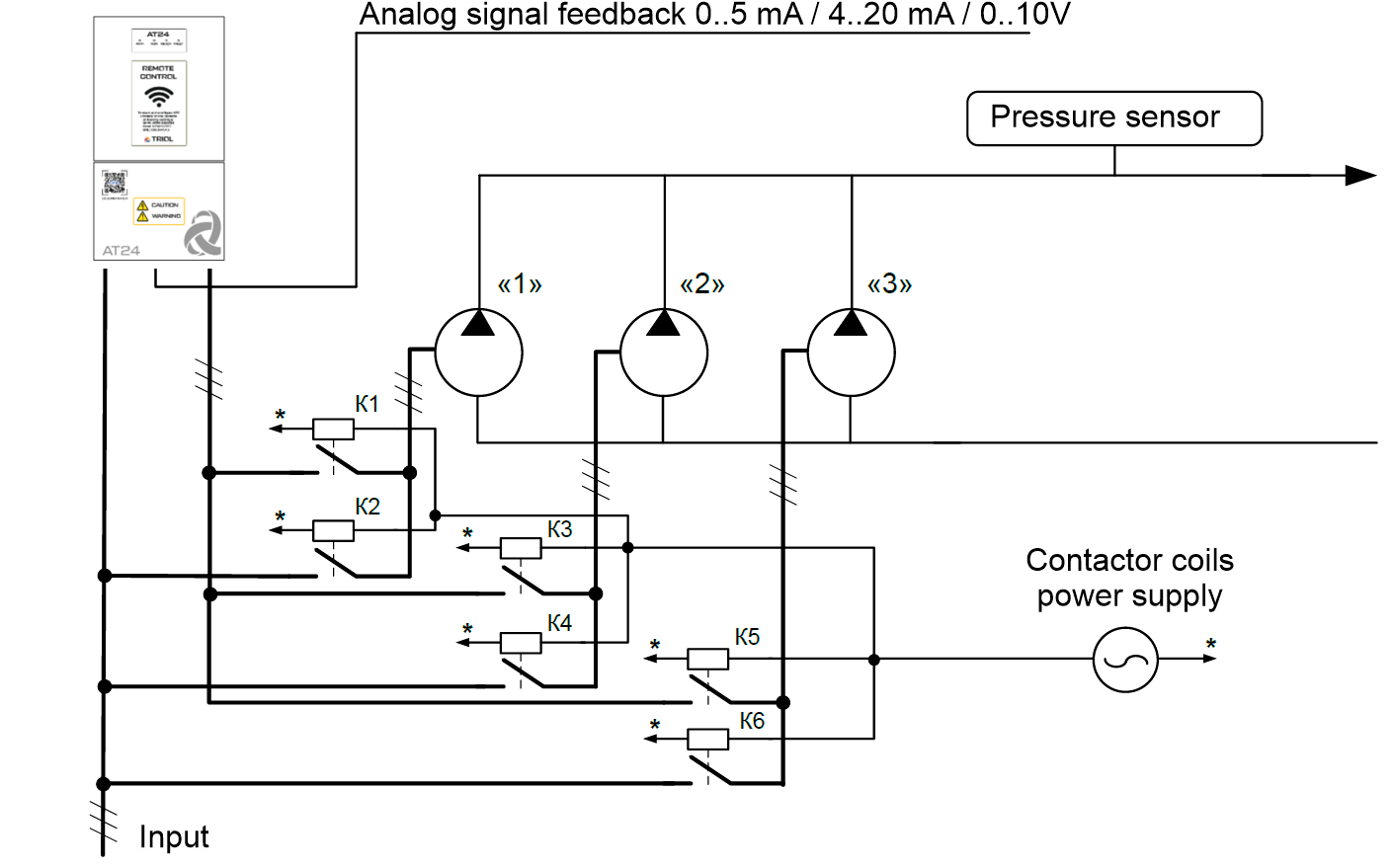 Control of multi-motor system (up to 5) with switching of motors via relay outputs and regulation of process parameter by motor connected to frequency converter with built-in PID regulator.

Operation in this mode allows you to evenly distribute the load on all the motors of the system, thereby extending the life of equipment and increasing the time between services.

5. Counter of working hours allows collection of statistics of expenses and optimization of technological processes, meaning the time for mandatory maintenance isn’t missed.

Fire mode is designed for use in critical situations where you want the motor to run regardless of whether the variable frequency drive is in normal conditions.

In the event of a fire situation, the variable frequency drive will ignore the stop, and permit start commands coming to it to continue operation and ensure the system's operability.

These indicators are achieved due to:

- use of polypropylene capacitors in DC-link;

- minimum number of plug-and-socket connections in signal and power circuits;

- optimization of the number of elements in the control electronics.

Frequency soft start provides shockless start of the pump unit and electric motor, preventing the occurrence of water hammer in the pipeline in various modes of its operation. 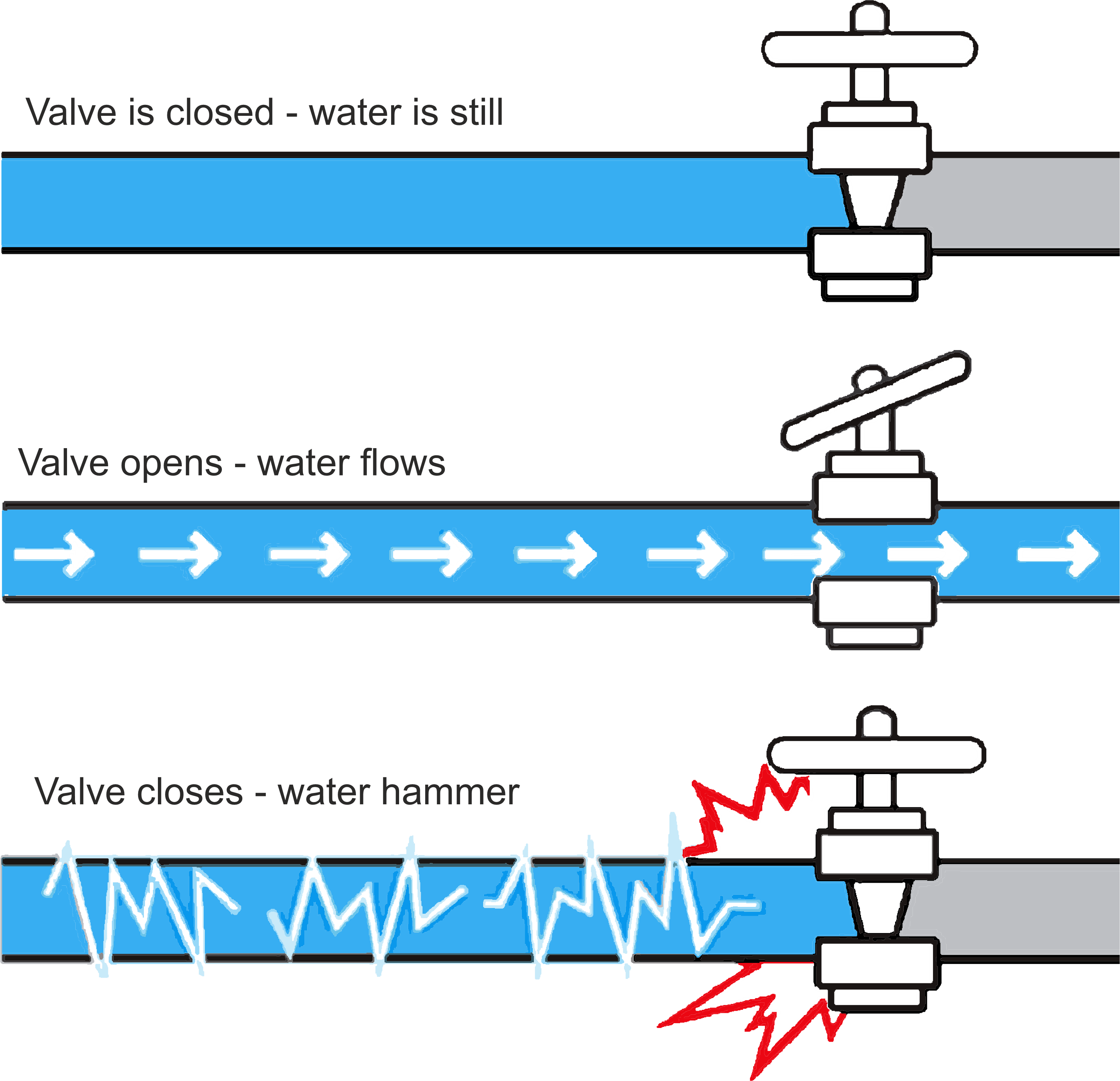 Kinetic buffering mode ensures stable operation of Triol variable frequency drives, working with an asynchronous electric motor, in case of deep and asymmetrical sags of supply voltage, and even at its complete loss. Loss of input voltage can occur as a result of the development of emergency processes in the mains, as well as when working from a weak mains during the pump start. In this case, the quality of the output supply voltage remains within the declared parameters of the variable frequency drive, which does not affect the serviceability of the electric motor and the integrity of its insulation.

In the kinetic buffering mode, maintaining operability of the variable frequency drive is carried out through consumption of a part of the rotating mechanism’s kinetic energy, with the subsequent instantaneous restoration of a set operating mode of the mechanism at once the power supply is restored. The time of operation of the VFD in this mode for pumps can make 5-10 periods of line voltage. 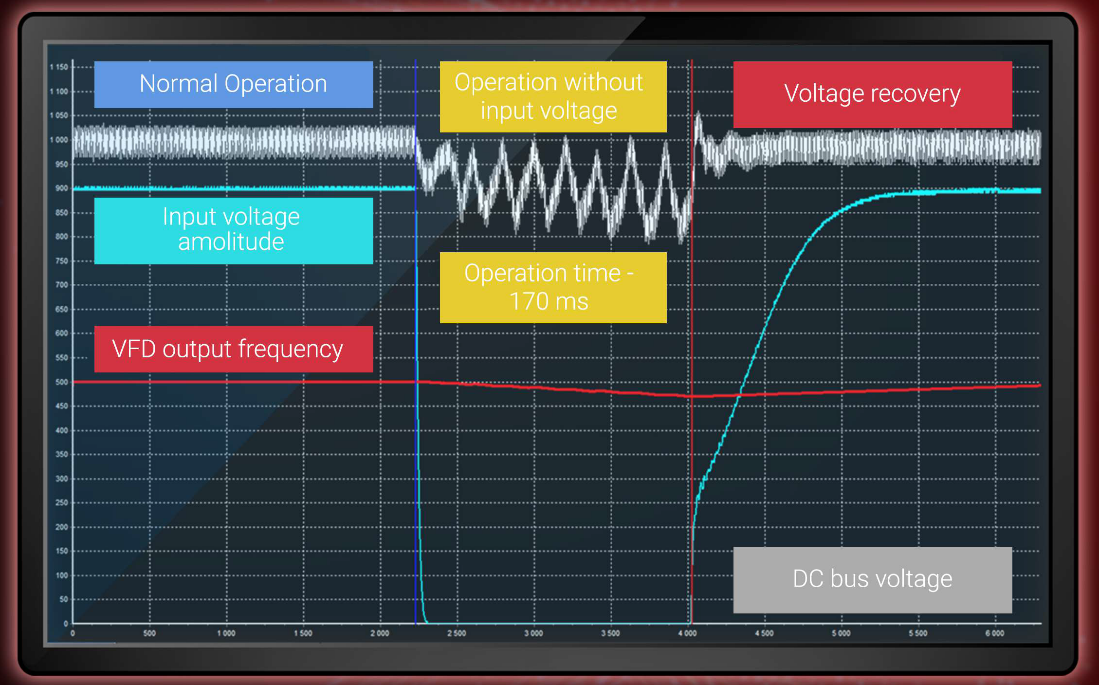 Two-stage power conversion in Triol AT27 variable frequency drives allows elimination of the negative effects of sags, fluctuations, and asymmetry in the mains voltage.

There are no restrictions on the capacity of the mains. Triol AT27 medium voltage drives are fully IEEE 519 compliant without installing additional input filters and reactive power compensators.

Input current harmonics spectrum of the AT27

The AT27 series of variable frequency drives form a quasi-sinusoidal output voltage, with an output voltage rise level of dV/dt = 40 ... 50 V/µs, which is enough to supply even old electric motors with worn-out insulation. 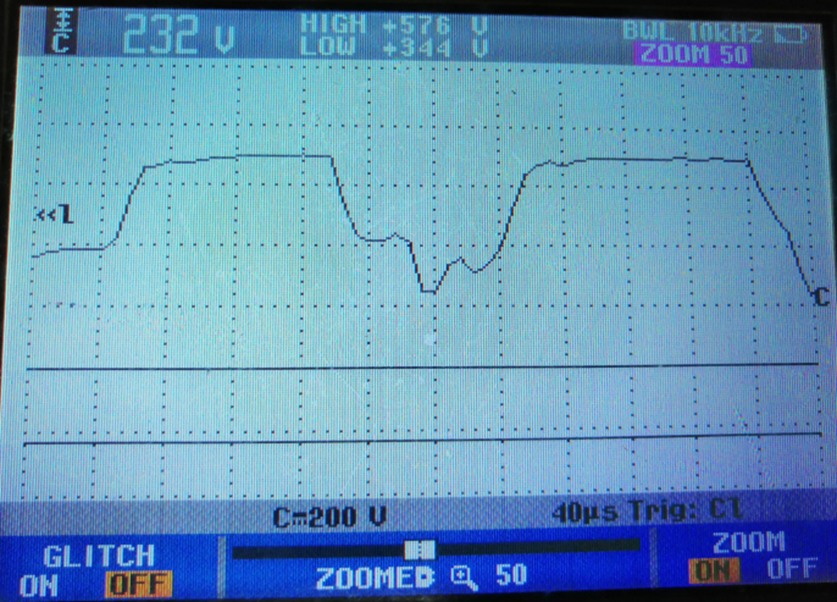 - Increase of the inter-repair period and reduction of downtime;

- Reduction of costs for repair of electric motor insulation.

The optimization of energy consumption for pumps is provided by the possibility to choose the optimal V/F curve for each type of pump used, thanks to the option of manual setting of 8 points of V/F curve. 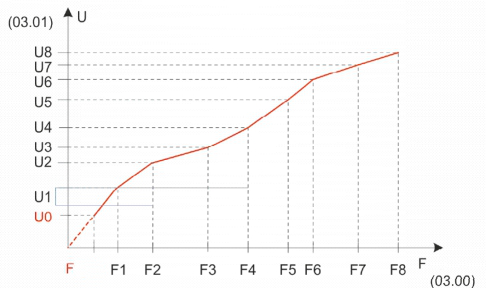 The AT27 series of variable frequency drives allows implementation of multi-motor cascade control mode of pumps from one VFD.

This is achieved due to the following technical solutions:

- synchronous transfer to the mains and intake from the mains of the electric motor of the pump unit;

Thanks to the author's algorithm of synchronization with the mains, the AT27 makes it possible to smoothly transfer to the mains and take electric motors from the mains even if the form of the mains supply voltage does not meet the requirements of the standard. This makes it possible to implement cascade control mode even when supplied from a weak and distorted mains.

The power supply of several pump units from one VFD allows:

- reduced costs to the end user in purchasing equipment. The user needs only one VFD for several pumps, not an individual VFD for each pump. 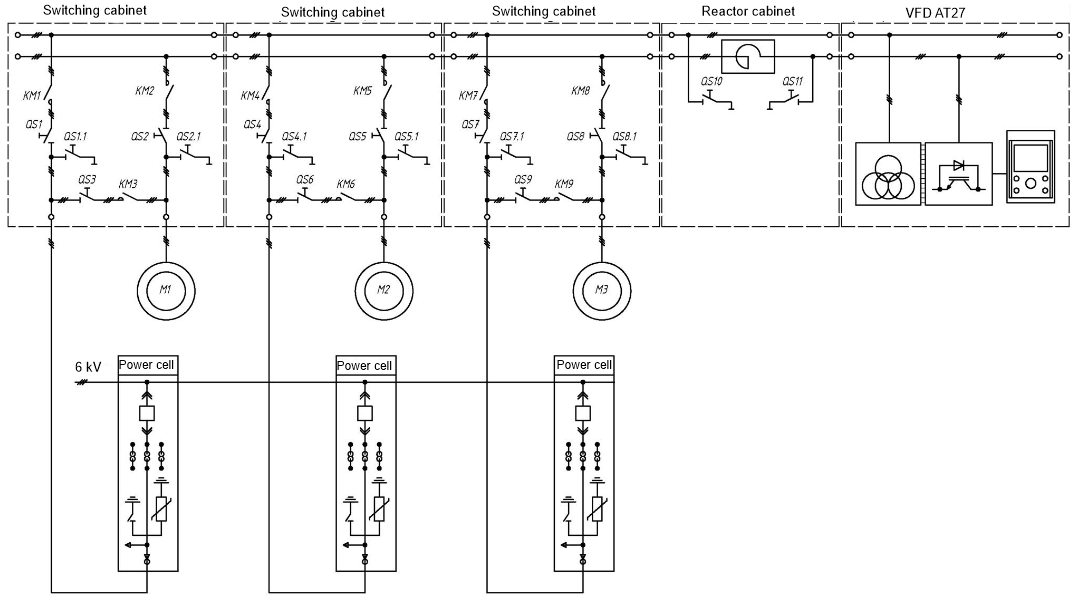 The Triol AT27 VFD ED line has the smallest dimensions in the world among variable frequency drives in the 6-11 kV class!

Thanks to our own production of power transformers, power cells, electronic units, and air-cooling systems, we are able to optimize the layout of the VFD and make it the smallest in this class of VFDs. 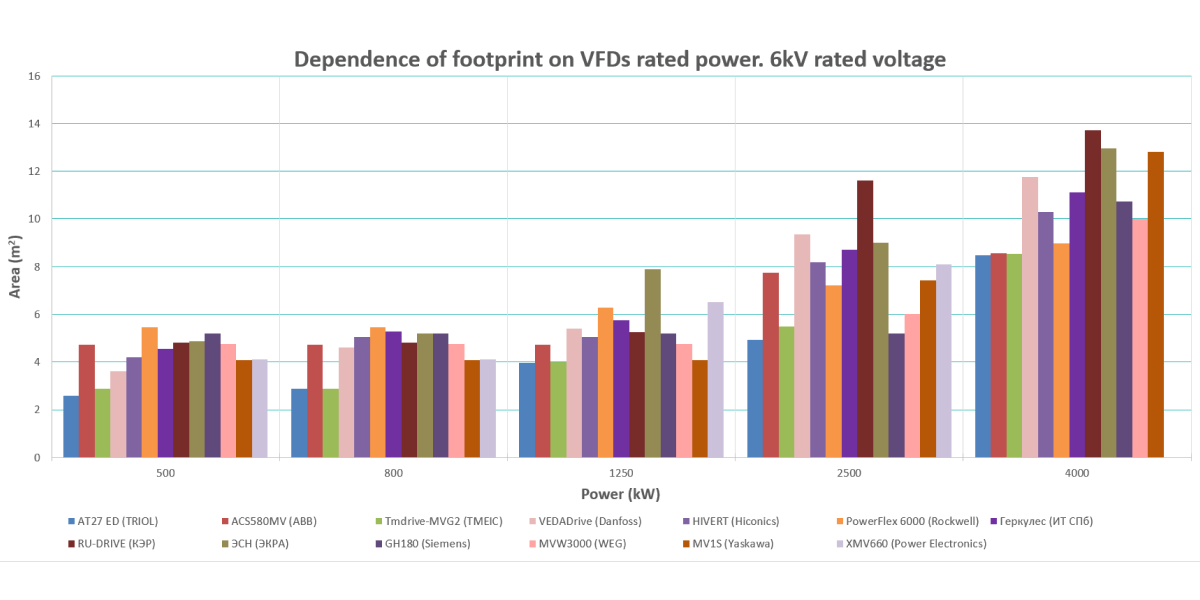 The AT27 ED line variable frequency drives save not a few tens of centimeters but on average 25-30% of the area occupied by the VFD.

Location of the cooling fans exclusively on the roof makes it easy to arrange the removal of heat from the Triol VFDs by connecting the ducts directly to the roof of the VFD around the fans. The heat generated by the VFD in operation will not heat up the room but will be immediately discharged from it, ensuring long and non-stop operation of the unit. 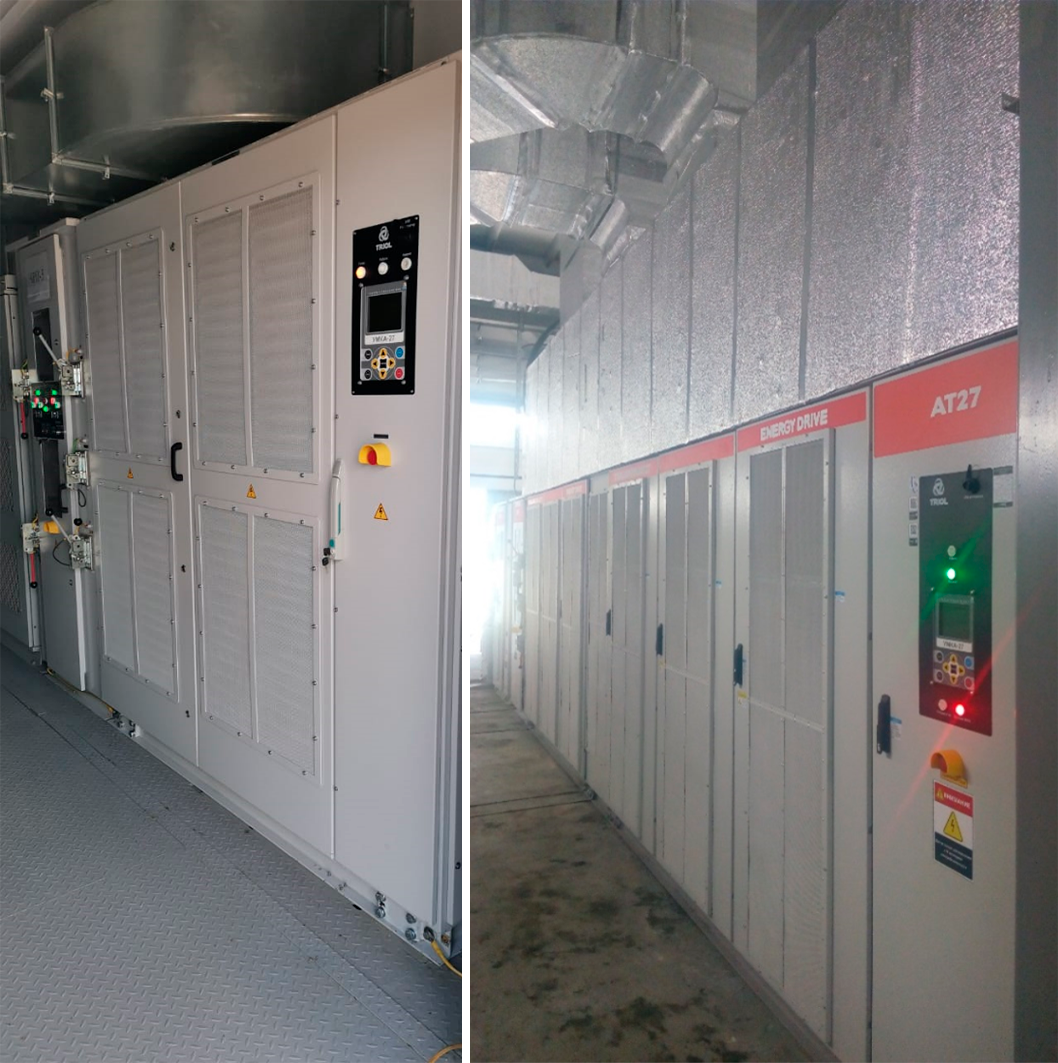 A variety of lines of AT27 outdoor variable frequency drive allows you to choose the best solution for existing outdoor conditions, saving you at least $40,000 in investments. 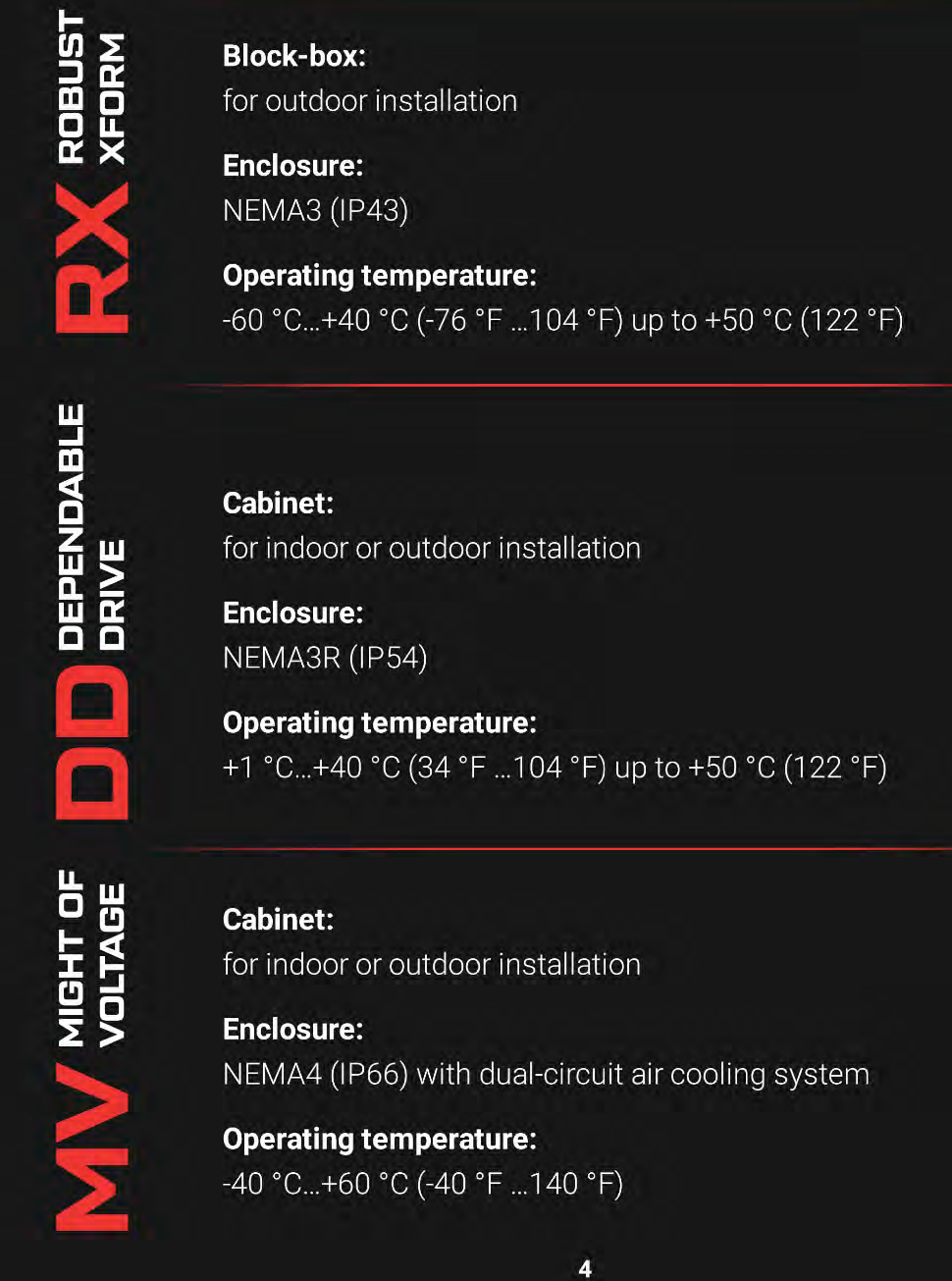