TRIOL TRSD TRANSFORMERS - POWER AND BENEFITS WHICH CAN BE ESTIMATED!

But when it comes to multi-winding power transformers with phase-shifting secondary windings, the number of manufacturers decreases to only a few dozen manufacturers, mainly in the PRC.

Such a small number of manufacturers of multi-winding phase-shifting transformers are caused not only by lower demand, but also by the complexity of the design and production processes. The fact is that in this type of transformer, the secondary winding is split and consists of isolated coils, the number of which depends on the number of power cells connected. The complexity can be assessed even by the transformer winding schemes, for example, 3-winding and multi-winding (1 primary winding + 16 secondary windings). 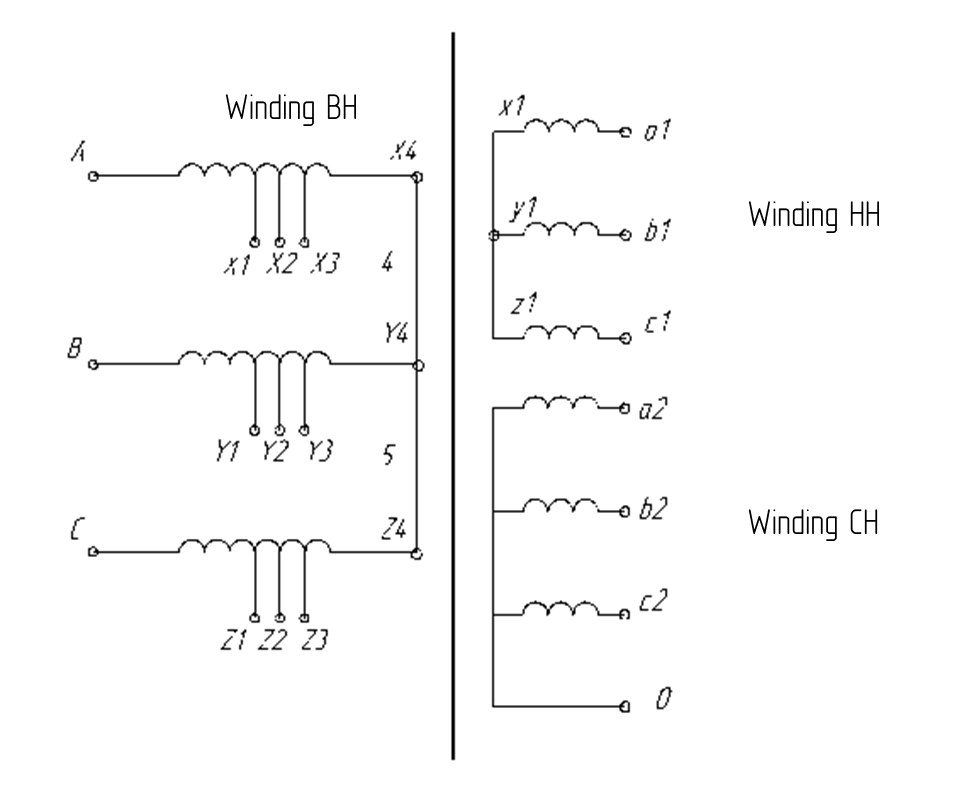 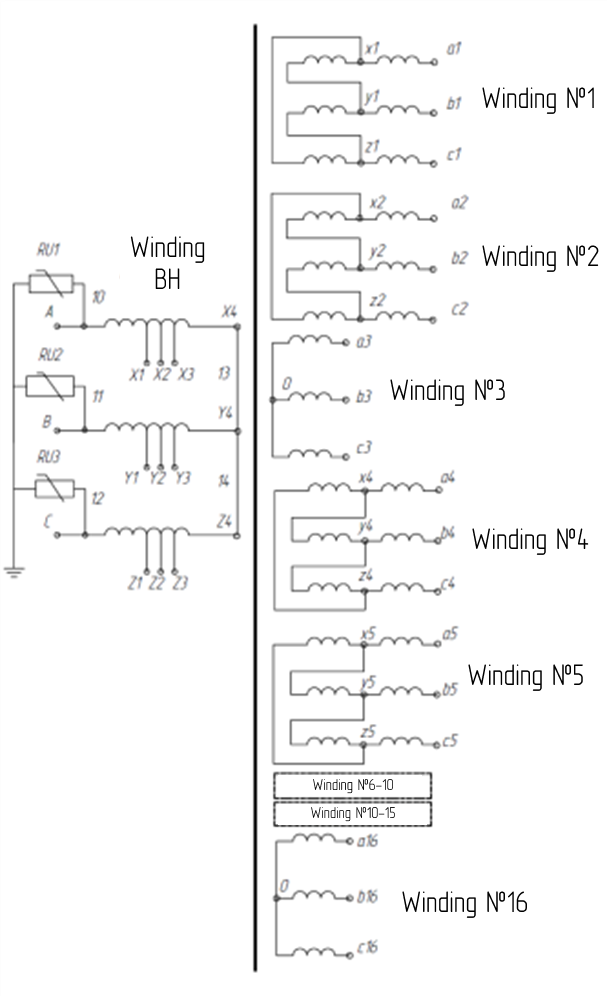 As we mentioned earlier (read the article on the 14 advantages of Triol AT27 here) the multi-winding transformer is a key component of multi-level voltage inverters in a cascade-connected power cell circuit. The transformer in the inverter performs the following functions:

As we took our first steps in the design and manufacture of VFDs, we, like many medium voltage drive manufacturers, bought transformers from third parties. At the same time, we paid special attention to the formation of the terms of reference for the supply of transformers, scrupulously examined each item. But no matter how detailed the parameters were, no matter how trusted the supplier, in every case they made a margin of error in the current and power. And the special attention was not in vain! Indeed, in practice we have repeatedly encountered overheating of transformers at rated load. We have also had to deal with poor quality of the soldering of the terminals of the secondary windings, which sometimes led to the failure of transformers without possibility of recovery.

As a result, we realized that the optimal and reliable solution in terms of price, quality and overall dimensions of the inverter is achievable only with a full production cycle, including the power transformer. With the full transition to the use of our own transformers, there were no cases of transformer failure due to poor-quality soldering, and overheating was not and is not expected. So that's why we did it.

The full development cycle of the Triol AT27 VFD includes the calculation of the parameters of the transformer and power cells, mathematical modeling of nodes and Triol AT27 as a whole, and strength and thermal calculations. The development and production of our own transformers makes it possible to consider all the features of the inverter power unit from the voltage ripple on the DC link capacitors to the short-circuit voltage of the transformer. Accurate determination and control of the parameters of the Triol AT27 power section allows you to optimize the material consumption of the whole inverter, including the power of the transformer.

As a result, the consumer is confident in the reliability of the product and does not overpay for the excess power of the power transformer. But its cost is between 25% and 40% of the cost of the entire frequency converter.

Most manufacturers use serial transformers, while Triol Corporation offers power-optimized transformers with an efficiency of more than 98% (for transformer versions, both with aluminum and copper windings). Comparison of the capacities of transformers in medium voltage drives:

As can be seen from the comparison table of transformer capacities, Triol transformers can reduce material consumption by 8-10% relative to serial products.

Our transformers are also equipped with auxiliaries winding with a rated voltage of 0.4kV.

The fans of the AT27 cooling system are powered from the auxiliary winding after the high voltage is applied, thereby minimizing the load on the external power source for Triol AT27 auxiliaries. Also, this winding allows pre-charging of the capacitors in the DC link of the power cells before being fed to the high voltage transformer. This minimizes charging currents and reduces the load on the grid when starting the power transformer.

And one more plus, which contains a winding for auxiliary needs - the ability to perform full diagnostics of power cells without supplying high voltage to the inverter. But we will consider this feature of the Triol AT27 frequency drive in more detail in article No. 5 of our series of articles "14 Reasons why Triol AT27 VFD is arguably the best Medium Voltage Drive in the World."

So, let's summarize and highlight the features of multi-winding TRSD transformers in the composition of Triol AT27 frequency drives:

You can learn more about Triol AT27 VFDs from the Triol AT27 medium voltage frequency drives catalog. And you can view our video about the key advantages of Triol AT27 here.